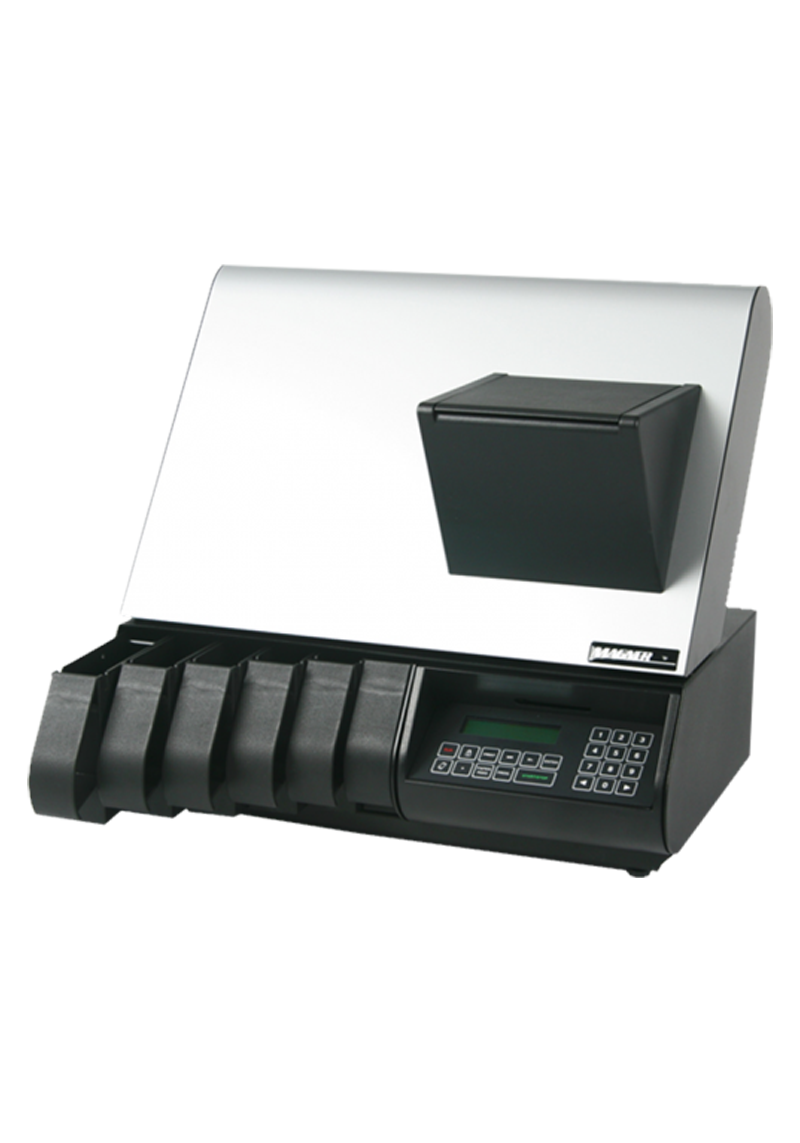 Designed for ease of use in applications that demand high levels of accuracy and reliability with the lowest operational noise level. Our Pelican 305S+ counts and sorts the six U.S. Coins at speeds up to 800 coins per minute using patented alloy sensor technology that automatically off sorts foreign coins, tokens or slugs from the coin mix.

The 305S+ is conﬁgurable as a counter top sorter with coin drawers or with a security stand to facilitate the direct bagging of coins. Bag stops are exact and programmable which allows the unit to be used for coin packaging as well as coin sorting, performing two machine functions in one.

The Pelican 305S+ Coin Sorter was developed for mixed coin applications that demand high levels of accuracy and reliability.

The unit counts and sorts the six U.S. Coin Denominations providing batch and grand total accumulation along with individual denomination totals. It’s built in state of the art Alloy Sensor allows the automatic off-sorting of foreign and damaged coins, tokens, and slugs.

Bag stops are exact and user programmable. The Pelican sorter can be configured as a counter-top sorter with coin drawers or can be set up on a stand to facilitate the bagging of up to five coin denominations.

Learn how we can save you money on your next equipment contract.

Learn how we can save you money on your next equipment contract.

“Debbi and Ernie at ABS are a pleasure to work with. They are extremely responsive to all of our needs, and always get back to us quickly when we need them!”